The Effect of Changing Gold Prices on Artisanal Mining

By Kevin Telmer - September 26, 2013
Over the past year as the price of gold has fallen, many have asked how artisanal miners will be affected. Some have speculated that the drop in the price of gold would lead to less artisanal mining activity - as it has for the industrial gold mining sector. But this is not generally the case. On the contrary, in many places it continues to grow. And this has also been true historically. Even through the 1990's when the gold price descended to levels 4 or 5 times lower than today's, artisanal mining persisted and continued without any significant contraction. 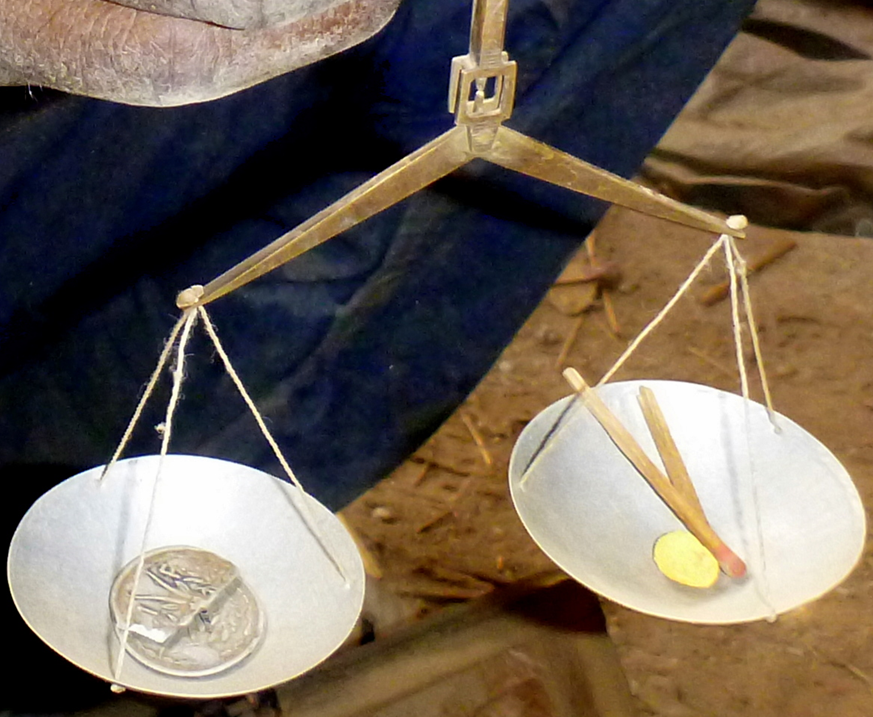 A falling gold price may slow the growth in artisanal mining but rarely leads to the kind of reductions and contractions that are symptomatic of the formal large scale mining and gold exploration businesses. In large part this is because the wages earned by artisanal miners are much greater than their rural agricultural alternatives (farming) - often five times as high. For the majority of artisanal miners there is simply no other job that pays anywhere near as much. And because capital costs are very low and labour costs are not fixed the gold price threshold below which a mining operation is no longer economical is far lower and less rigid for artisanal miners than it is for the formal industrial sector. Overall, people enter the sector when the price increases but the population rarely decreases. Individuals may come and go but the number of miners is typically steady or increasing. One implication of this dynamic is that, as the gold price falls, the proportion of gold production from artisanal miners will actually grow, as their numbers remain steady and the formal gold sector contracts. Artisanal miners are also quicker at capturing the benefits of price increases because the time needed to increase production is very short. They can be very responsive to opportunities. These qualities - that they don't fall away with price drops but can also quickly act on price increases - mean that artisanal gold miners are likely to be a durable and increasing presence in gold mining in the coming years. Particularly if there were to be a series of gold price shocks. This would likely diminish the relatively sluggish and capital intensive industrial sector while resilient artisanal gold miners continued through both ups and downs.


As the gold price falls, the proportion of gold production from artisanal miners will actually grow

The importance of artisanal gold mining as a livelihood for millions of the world's poor as well as the likelihood that it will be a durable feature of the gold mining sector for the foreseeable future are strong reasons for governments and industry to adopt policies and innovative approaches to help the artisanal sector improve its environmental and social practices to accelerate its transition into a more responsible and beneficial industry. Under any likely foreseeable gold price scenario, artisanal gold mining is here to stay. We can continue to chase them around in circles as we have for the last few decades or we can buckle down and help them improve.

Health and Environmental Issues and Solutions

By advancing technology, business practices, governance and policy, the Artisanal Gold Council helps to improve the environment and health of the millions of people involved in ASGM worldwide. The three pillar approach of the AGC Mercury use, water consumption, and dust and wastewater management are the main environmental and health concerns associated with ASGM. At many artisanal gold mining sites, miners and their families are susceptible to inhaling both mercury vapour and silica dust, which can cause serious and often irreversible health problems.  Although the environmental and health issues in ASGM are of serious concern, both can easily be mitigated through education, improved processes and best practices A ball mill with wet processing keeps silica dust down and helps to recycle water used. To alleviate health hazards, the AGC: ·                 Provides seminars to local health professionals on how to identify and treat health i
Read more

The AGC helps miners improve their productivity and helps them to comply with minimal health, safety and environmental standards; this can facilitate the formalisation of their livelihoods, allowing them to increase their income in a safer way for both them and their communities. One of the ways in which the AGC does this is through educating health workers and miners on the risks of certain aspects of ASGM and providing ways to mitigate these risks, while at the same time as training miners on how to process their gold in a safer way, largely by using less or no mercury.   For the vast majority of the millions of people who work in ASGM worldwide, labor conditions are substandard. There are multiple health risk factors that affect these populations; for example, acute accidents and injuries are common and chronic conditions resulting from exposure to toxins are prevalent, although rarely quantified. Moreover, ASGM communities typically have little to no access to education, heal
Read more

The importance of determining gold purity   is profoundly understood by the world’s refineries and is the basis for all final gold trade. However, in the field, the actual quantity of gold in a piece of dore (raw gold with some impurities) is difficult to ascertain to anywhere near the degree used by the world’s refineries; accuracy can be off by as much as 10 or 15% in the artisanal mining sector. Purity of gold is most commonly expressed in either percentage (%), as in “five nines gold” being 99.999% gold, or in karats, as in 24 karat gold being more than 99.95% pure. Gold considered London Good Delivered is 99.5%.
Read more