Showing posts from August, 2019
Show all

National Endowments of Artisanal Gold - what can be done with them? 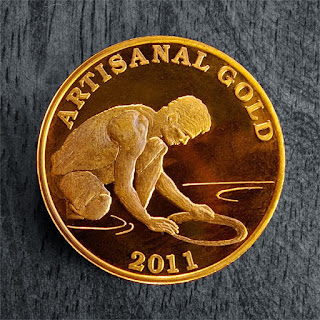 As the price of gold rises, what opportunities are there for countries with artisanal gold mining sectors?

Here I am not talking about the miners but rather the countries that are endowed with deposits of artisanal gold. This is an interesting topic in the new context of rising gold prices and the emerging Artisanal and Small Scale Gold Mining sector (ASGM). The potential role of ASGM gold in the monetary system and the geopolitics behind central bank reserves is worth a thought.

Most of the major central banks have been accumulating gold over the last decade, with some like Russia and China doing so aggressively. So how does the artisanal gold sector fit in?

Artisanal gold represents US$20 billion per year of "reserve currency" (~500 tonnes) flowing out of 82 host countries. Its movements are not yet well tracked. If governments were able to collect a normal level of royalty (let alone corporate taxes) then they would have a "gold stream", which can …
Post a Comment
Read more

What does 1500$ gold mean to the Artisanal Gold Mining Sector? 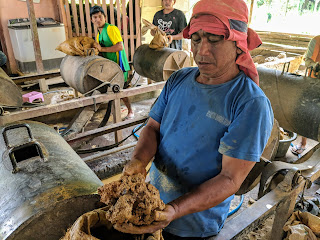 What happens to the Artisanal and Small Scale Gold Mining sector (ASGM) when gold moves from 1200$ to 1500$ in less than a year? That is a 20% increase.

Its nature (largely unregulated subsistence labour) means it can respond quickly relative to the large scale industrial gold mining sector. Many short term needs are met overnight and that ripples down.

Or it could mean the existing 10 million people have 20% more free cash. Either way it is a 4 to 5 billion USD windfall to the economy of the ASGM sector. That is about 8 million new Chinese motorcycles. Or its a mix of new motorcycles, more people, and more community wealth. It is about 3% of the global development assistance budget from all countries for all purposes.